When Right is Wrong

When Right is Wrong 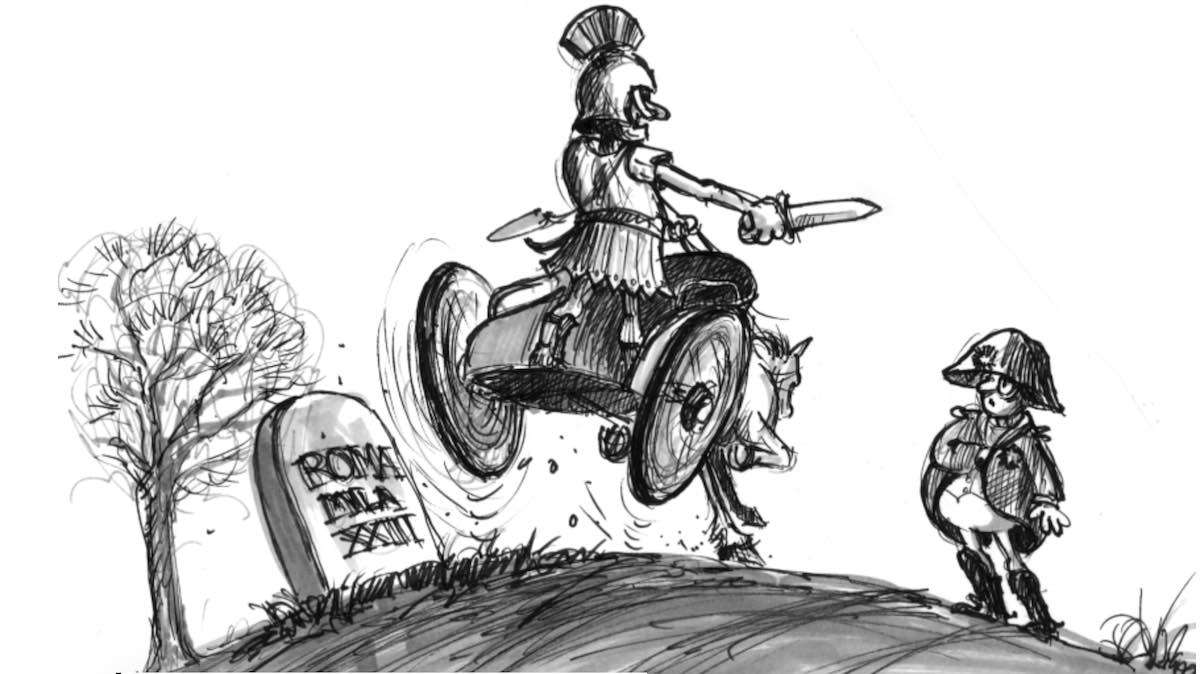 Many years ago, a short and stroppy Frenchman named Napoleon promulgated driving on the right. He ordered his armies and the inhabitants of all the countries he invaded to keep to the right, for the perverse reason that the old aristocratic order and his archenemies, the English, didn’t. 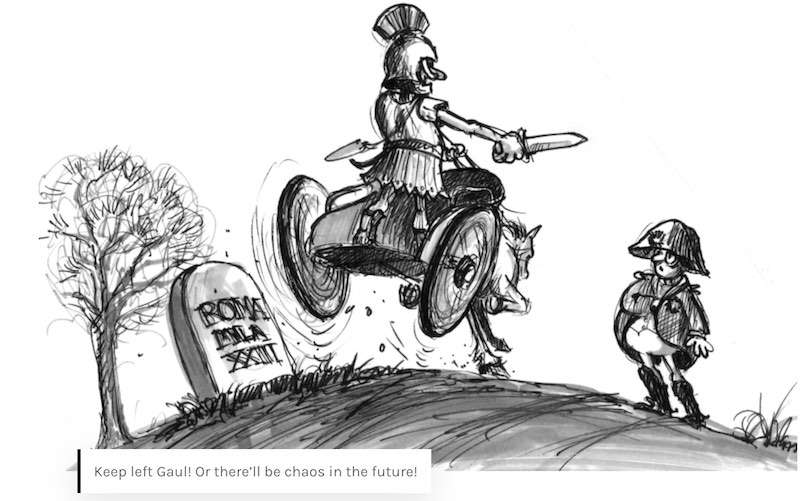 So far, I seem to be the only one worrying about it, but there could be a major global issue arising over which side of the road autonomous vehicles will be programmed to drive on. It could mean that New Zealand and other left-driving countries are forced into driving on the right. Which won’t be a problem when the whole world is converted but could cause some problems during the transition.

It must rankle with American auto makers that the Japanese buy virtually none of their cars, while Americans buy millions of Japanese vehicles. An apocryphal story has the chief of an American car maker once bemoaning this fact at a conference in Japan. A Japanese reporter politely pointed out that a major impediment to sales of US cars in Japan could be because the steering wheels are on the wrong side!

In this context, it’s worth noting there is an ugly history of political interference in road rules.

Many years ago, a short and stroppy Frenchman named Napoleon promulgated driving on the right. He ordered his armies and the inhabitants of all the countries he invaded to keep to the right, for the perverse reason that the old aristocratic order and his archenemies, the English, didn’t.

He regarded the left-hand rule as a symbol of the past that had to be eradicated. The Swedes, who never fell to the French, finally gave up driving on the left and turned right only about 50 years ago.

Since Napoleon’s armies invaded most of the countries from Russia to Spain, almost all of mainland Europe ended up driving on the right. It meant that Spanish and Portuguese colonies, like Brazil, Argentina and the hot steamy countries who are good at guitars, trumpets and overthrowing governments — also ended up driving on the right. Now more than half the world drives on the ‘wrong’ side of the road out of spite.

The right-hand rule was further promoted when Francophile Americans, cuddling up to the French following their revolution, eagerly embraced the notion.

Ironically, the ‘right’ rather than the ‘left’ became the ‘revolutionary’ side.

Prior to Napoleon, almost everyone rode on the left-hand side. That’s because the ancient Romans did. The practice was adopted throughout the all territories of the Roman Empire including Britain, whose example we have followed.

But how do we know that the ancient Romans drove on the left?

Archaeologists have deduced it from wheel-ruts found at old Roman quarries. The deepest, obviously cut by the laden wagons leaving the site, were on the left. Those on the right were shallower due to the returning wagons being empty.

Why did they do it? No one really knows, but it was probably to enable soldier’s sword arms to be free — most people then as now being right-handed — if they encountered strangers coming from the opposite direction in hostile territory.

Why is all of this important? It’s an example of how rules and regulations, regardless of how practical they are, sometimes live forever. We, the generations that come after, tweak them incrementally rather than examine and start again.

Systemic tradition it’s called. No one person’s idea, rather something that gets entrenched layer upon layer, year upon year, until a problem gets too hard to fix without resorting to violent revolution or tactical nuclear weapons.

The strong influence of the French and Germans on the Ottoman Empire in the late 1800’s meant their Middle Eastern colonies also ended up driving on the right. Even the Canadians buckled under pressure to drive on the same side as their neighbours over the other side of the world’s longest border.

But in Africa, apart from the sandy bits at the top of that continent and the former French and Belgian colonies, people still drive on the left because of former British influence.

Coming down through southern Asia and into the Pacific; India, Pakistan, Indonesia, Malaysia, Singapore and Thailand, (which has the dubious distinction of not having been colonised by anyone for ages) all drive on the left, much to the delight of Japanese car manufacturers.

We and the Aussies drive on the left because of past imperial allegiances, in fact only in The Philippines, a former American protectorate, and in the former French Indo-China do they drive on the right.

In Northern Asia — the Japanese drive on the left, either because of 19th Century admiration of Britain, or maybe because of the same ancient convention as the Romans, that of a warrior culture enabling its Samurai swordsmen’s arms to be free.

Despite the issues of ideological spite inherent in which the side of the road anyone drives on, like the metric system that gained momentum after the French revolution, a global standard may be inevitable.

With the advent of autonomous vehicles, it might mean we all adopt the right-hand rule eventually. Driverless cars will have no sense of history, let alone right and wrong.