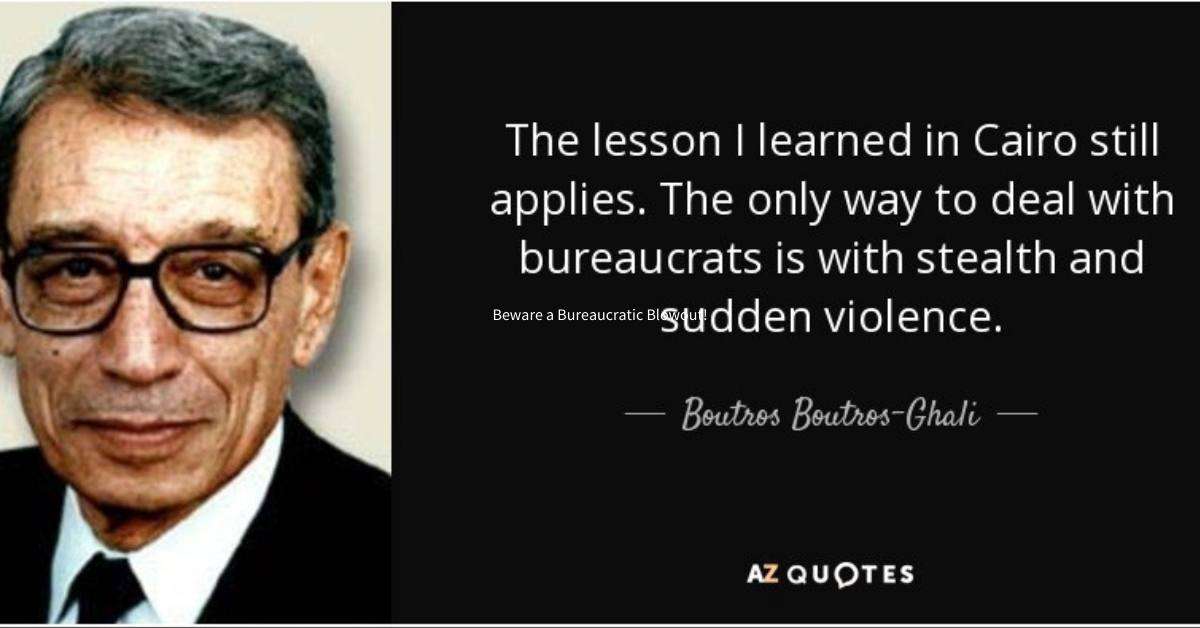 As there are no profit and loss assessments in a bureaucracy — only social cost vs social investment assumptions — seven taxpayer-funded bureaucrats will end up doing what should have taken one.

A major downside of democracy is that it breeds bureaucracy.

As we come out of Covid-19 induced lockdown, I trust the growing number of rules and regulations that are being introduced to manage our behaviour will have built in ‘times-up’ self-destruct mechanism s— rather than requiring an ever growing number of bureaucrats to administer them.

For example; a few years ago someone in the bowels of Government bureaucracy proposed the need for regulations in order to prevent people falling into open graves in cemeteries. Personally, I would have thought a handily placed sign saying ‘Watch your Step’ would have done the trick. Fortunately common sense prevailed over the need for Inspectors of Cemeteries, and the proposed regulation was never passed, but it was a near-run thing. 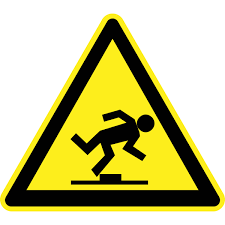 Ostensibly, bureaucracies are structures set up to ensure the fair apportionment of services and resources for the common good of all the body politic. Fair enough on the face of it. But the escalating cost of local authority rates has got me thinking about the rising cost of bureaucracy and the seemingly inexorable upward spiral in numbers of administrators.

This is explained brilliantly in Parkinson’s Law. 70 years ago, Professor Northcote Parkinson argued that the lack of any relationship between work to be done and the size of the staff to which it may be assigned, meant the growth of bureaucracies was inexorable and unavoidable. The law that takes his name is just as relevant today.

Most large organisations, including local body or government departments, banks, global corporations, political parties, armies, churches and trade unions, are essentially bureaucratic. And probably have been since the time of ancient Egypt, when eunuchs surrounding a pharaoh would have extolled his divinity as they managed the royal granaries, exhorting the populace to build pyramids in return for getting a regular food supply.

A little simplistic, you say? But how else is the stability of a political system maintained, except by offering rewards in return for allegiance?

Inputs and outputs are measured — with scant regard for insights and outcomes. In the government or local authority sectors, there are few profit-and-loss assessments, only budget allocations.

In many cases the budgets are determined by arbitrary logic or political expediency. If scant economic evaluation takes place, politics invades to fill the vacuum. And gallingly, in politics, failure is often an indicator of success. Failure identifies where heroic intervention can be focused for political gain. Often, the worse a bureaucracy performs, the more money it tends to receive.

As Parkinson’s Law states: Work will expand so as to fill the time allotted for its completion. Ergo; An expanding number of social problems will be found so as to satisfy the growing number of aspiring social workers.

In 1955, Parkinson, a British university don-cum-naval historian, wrote a commentary in The Economist magazine, following the release of a report from the Royal Commission on the Civil Service. He later expounded on his theory in the book; ‘Parkinson’s Law: The Pursuit of Progress’.

He argued that in the same way that work expands to fill the time available for its completion, so “the number of officials and the quantity of work to be done are not related to each other at all”.

Parkinson studied British naval history between 1914 and 1954 and found that numbers of Admiralty workers expanded exponentially as the number of ships in service shrank. At the beginning of the WW1 in 1914, Admiralty staff numbered 2000, but had ballooned to 33,788 by 1954, even though the number of ships and sailors had been slashed dramatically.

He concluded that eventually there might be more admirals than ships.

Parkinson also proved by mathematical and scientific calculation how, within two years, seven bureaucrats will inevitably be required to do the task that originally took one.

Take the bureaucrat labouring under a heavy workload — real or (likely) imagined — and requiring support. (Let’s say he/she is working for the Department of Housing and has identified a problem with a growing number of homeless, left-handed, toe-tappers.) He or she won’t ask for someone to share the load, as that someone might become a rival. So the request will be for two subordinates. These subordinates, equally diligent and conscientious, will also be appalled at the growing problem — and within a short space of time will convince their superiors to be equally concerned at the plight of this burgeoning number of homeless, left-handed, toe-tappers. They will require research to establish the scale and breadth of the issue.

Being university trained, they will write erudite papers establishing the extent, social cost and urgency of the situation and their need to travel internationally to scope the problem, consult with experts and observe global best practice.

The mammoth task of this vital in-depth research will obviously require them to hire two more subordinates each, particularly as they will be absent for long periods.

As there are no profit and loss assessments — only social cost vs social investment assumptions — seven taxpayer-funded bureaucrats will end up doing what should have taken one.

Call me picky but when I look at the figures for the increase in the number of people employed in New Zealand’s state and local government sector (from a low of 181,000 in 1997 to almost 403,000 last year) I feel the mounting anger and internal frustration presumably felt 70 years ago by the worthy Prof. Parkinson at the seemingly unstoppable rise of the bureaucrats of the world … and our ever increasing rates and tax bills.

‘Parkinson’s Law’ should be taught in all schools and made compulsory reading for all politicians.