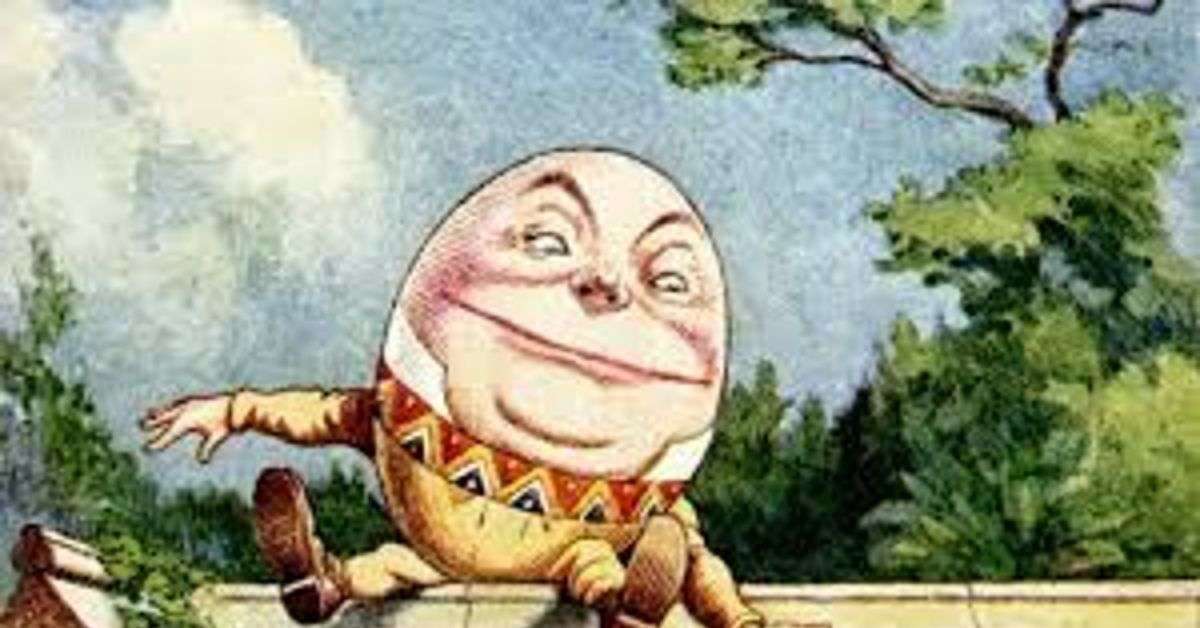 Ignorance of history robs life of the richness of reference and probably means — as a race — we never seem to learn. Even if we did, Humpty Trumpty could well destroy the opportunity for doing anything about it.

In this weird time of global lockdown and loony leaders, we are bombarded with conflicting narratives, conspiracy theories and downright dodgy disinformation being spread about about the Corona Virus.

Sadly, it has meant those who misuse words, or twist them to suit their ends, are able to manipulate and master our collective understanding. By encouraging us to try wacky remedies, like injecting disinfectant or cows urine, some of the messages purvey false hope, others are ignorantly homicidal.

Much of the rhetoric is politicised or driven by the dream that the world will slowly return to the way it was. But in case anyone has missed the moral of the nursery rhyme, Humpty was irreparably broken and “all the King’s horses and all the King’s men couldn’t put Humpty together again.”

We now have a chance to build a better world — let’s not waste it.

There are many who chip-in and criticize the way the epidemic is being managed in this country, but the best way to respond to an idea that you don’t like is to have a better one. Not just a different one, but a better one. Arguments based on economics shouldn’t override those based on ethics. They need to be balanced.

Personally, I resent the rush to return lower levels of containment. I’m proud to be living in a country where true leadership from the top resulted in quick and decisive action that has brought the disease more or less under control. At least for the time being. But we know that it won’t be eradicated until a vaccine is found and widely administered. That means we have time to do some lockdown reflection and rethink the way our world works.

It seems we may have to live with the threat for another couple of years and our global horizons may shrink temporarily to Australia and the Pacific islands.

Being one of those in the danger zone I dispute the notion that someone’s right to go to the beach, or the pub, or get a hairdo, overrides my right to live in a safe environment. The trouble is so many people haven’t thought it through. The virus hasn’t gone, it’s just hiding.

I’m rather fond of the wisdom of humourist and armchair philosopher Josh Billings. He nailed it 150 years ago when he said; “It ain’t so much that folks is ignorant, it’s just that they know so many things that ain’t so.”

You can put it down to the fact that the more ignorant people are, the less likely they are to know it.

Conversely, those who do things well often underestimate their abilities.

In their report, the authors stated; “We have shown that people who lack the knowledge or wisdom to perform well are often unaware of this fact…The same incompetence that leads them to make wrong choices also deprives them of the savvy necessary to recognise competence, be it their own or anyone else’s.”

In a grammar test, the bottom quartile scored an average of 10%, yet estimated their performance to be 61%. In a humour test a similar pattern emerged. Which supports what you’ve always suspected; there are some people who should never tell jokes.

By contrast, reported Dunning and Kruger, participants falling in higher quartiles were much less likely to overestimate their abilities than those in the bottom quartile.

Those who were actually in the top quartile tended to underestimate themselves most. Their test performances were ranked at 89%, yet they rated their own overall ability to be only 72% and their test performances to be even worse at 70%. Perhaps this is why so many geniuses are racked with self-doubt.

Interestingly, the more competent candidates in the tests also tended to revise their opinions when shown other people’s work; but the incompetent did not — some even inflated their self-estimates. Proof, the good professors say, of Thomas Jefferson’s observation that “He who knows best knows how little he knows.” I wish the 3rd President of the U.S. could come back and have a quiet word with the 45th.

In the absence of information about how well others do, it appears that highly competent people tend to be charitable and assume that others are just as competent.

Which possibly explains why Parole Boards sometimes make huge blunders, prematurely releasing dangerous prisoners. They seem to have a naïve view of human behaviour, imbuing the mad or bad with values they simply do not possess.

Many politicians, on the other hand, have a more cynical approach. Knowing full well that most people don’t have a clue about complex issues, they are able to manipulate their constituent’s basest instincts.

From this we can conclude that the erroneous evaluations incompetent people give themselves more than cancel out the self-assessments arrived at by more competent people. Unfortunately, it also means our society is easily hijacked by venal narcissists who don’t know how stupid they are.

It’s a fundamental flaw of democracy. Everyone’s choice is given equal weight, regardless of how well or poorly informed that choice may be.

Ignorance of history robs life of the richness of reference and probably means — as a race — we never seem to learn. Even if we did, Humpty Trumpty could well destroy the opportunity for doing anything about it.