The Law of Swinging Dicks!

The Law of Swinging Dicks! 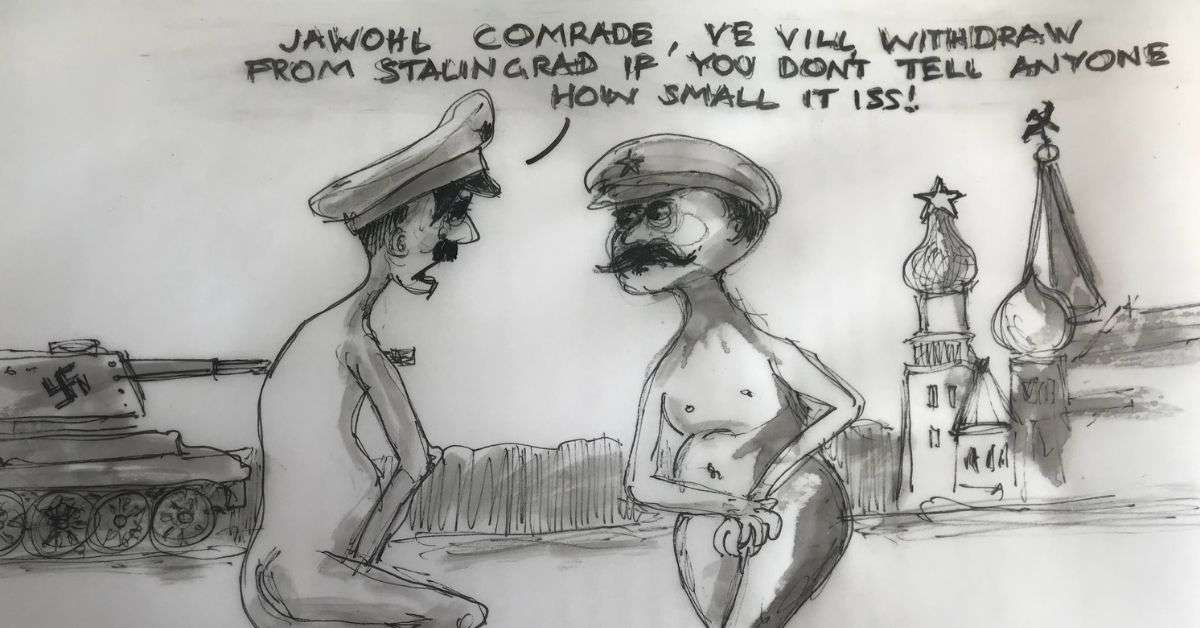 Many of the world’s conflicts will be avoided in future if the ‘Law of Swinging Dicks’ becomes more widely understood.

Those of you who have been reflecting on geopolitics or indeed, have been paying attention to behavioural psychology during the last 10,000 years, will probably be familiar with its basic precept.

“When two or more ‘Swinging Dicks’ are gathered together for the purpose of achieving cooperative ends, the amount of cooperation achieved is inversely proportional to the ambient level of testosterone.”

It has been suggested we should implement a world-wide accord, requiring (a) random testosterone testing for ‘Swinging Dicks’, and (b) all negotiators should be stripped naked before undertaking any discussion which involves the physical or financial well-being of any other person.

This will be called the ‘Naked Negotiator’ programme and it should go global.

The technique will ensure fairness in negotiating and produce so much giggling and/or humiliation during meetings that nothing except reasonable and humane solutions will ever be reached.

Innocent citizens will be protected from being sent away to fight wars on behalf of ambitious megalomaniacs, political bluster will be blunted and share-markets will be safe from penis-envying predators.

An interesting perspective on the ‘Swinging Dick’ aspect of the human condition is contained in “A Brief History of Everything” by Dr Ken Wilber. A fundamental premise in the book is based on the observation that the world’s population is divided into two broad groups, roughly 50% being male and the other 50% female.

“Nature did not split the human race into two sexes for no reason; simply trying to make them the same is silly …. Studies on testosterone – in the laboratory, cross-culturally, embryonically, and even on what happens when women are given testosterone injections for medical reasons – all point to a simple conclusion. I don’t mean to be crude, but it appears that testosterone basically has two, and only two, major drives: fuck it or kill it… Worse, men sometimes fuse and confuse these two drives, with fuck it and kill it dangerously merging, which rarely has happy consequences, as women are more than willing to point out.

And the female equivalent?

We might point to oxytocin, a hormone that tends to flood the female even if her skin is simply stroked. Oxytocin has been described as the “relationship drug”; it induces incredibly strong feelings of attachment, relationship, nurturing, holding, touching…The emotions are not fuck it or kill it, but continuously relate to it, carefully, diffusely, concernfully, tactilely.“

Dr Wilber goes on to point out that the sexes will have to learn to embrace each other’s behaviour patterns.

“And in this difficult process, both sexes appear to be monsters in the eyes of the other, which is why a certain kindness on both sides is important I think.”

This of course adds a new dimension to the ‘Naked Negotiating’ programme. It is unclear at this stage what the social, let alone legal implications of cross-gender negotiating in the nude will be but we should be willing to give it a go if we can find enough leaders of industry or politics who are prepared to bare all…so to speak.

There are some well known historical precedents. The strange tale of Lady Godiva being the most notable.

Godiva was the wife of Leofric, Earl of Mercia in medieval Britain. She founded a monastery at Coventry in 1043. As the town grew around the monastery, so did the tax burden demanded by Leofric. Not surprisingly the populace grew restive about the tax imposition and their cause was taken up by Godiva.

Leofric agreed to reduce taxes if his wife would ride naked through the town square, not for a minute believing she would. Legend has it that Lady Godiva called her husband’s bluff. She sent word to the townsfolk of her upcoming streak and out of respect for their anti-tax champion, all but one of them averted their eyes as she trotted through the streets. It is recorded that a tailor named Tom couldn’t resist a peek and was supposedly struck blind. Hence the origin of the term Peeping Tom.

The mind boggles at the thought of some of our better-known politicians doing the same thing on behalf of beleaguered taxpayers. But we can especially applaud the actions of Sir Bob Harvey, the former Mayor of Waitakere City.

Bless his heart, he once went some way to establishing the Naked Negotiating trend in Aotearoa, by baring his bottom to an irascible constituent. More power to your posterior, Bob. It was a start