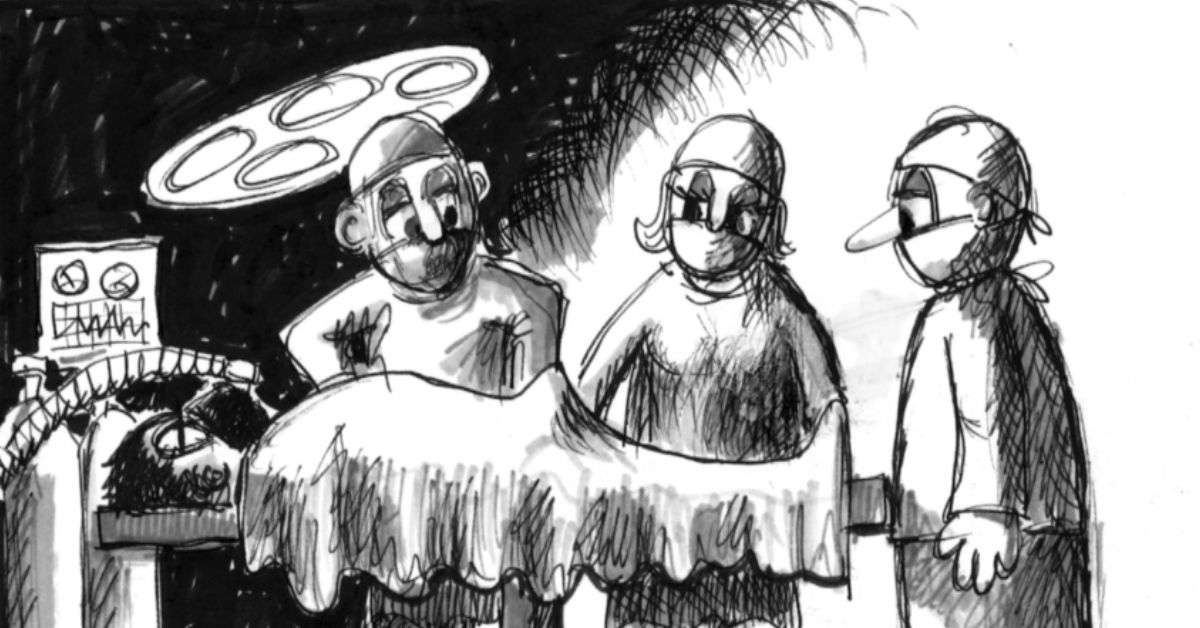 If creative people performed open-heart surgery, rather than follow the anatomy textbook, they might be tempted to connect a man’s left ventricle directly to his penis in order to speed up blood flow.

All minds are not created equal when it comes to innovation and creativity,.

There is a difference between the two. To me, innovation is the love child of creativity and unfulfilled human ambition.

Creativity on the other hand is more about insight and defies accurate definition.

Creativity has become very fashionable and most people play fast and loose with its meaning. It’s a big word with lots of nuances. All creative activities reside somewhere on a continuum that ranges from making toast and marmalade, through composing the 5th symphony, to discovering gravity.

It comprises three essential elements; originality, utility and a product that is affirmed by others. Originality could be conjured up through imagination or discovery, utility could be tangible or intangible and could be realised in anything from a useful device to a work of art.

People head off to seminars, read books and study creativity, thinking that it is a process to be learned — a dangerous notion of dubious promise. To claim it can be learned is to misunderstand it. Creativity is not about rules, but about breaking them. Any teaching should be about how to recognize and value it when you see it.

Creativity is going to become all the more valuable in a post-Covid world. Even before the pandemic, the World Economic Forum stated that the most valuable skills required in the next decade are; complex problem solving, critical thinking and creativity.

There is no doubt that creative skills can be honed and polished, but latent creative talent — having curiosity and a penchant for discovering new things — needs to pre-exist the polishing.

Albert Szent Gyorgyi, discoverer of Vitamin C said; “Discovery is seeing what everyone else has seen and thinking what no one else had thought”

So, where should we look for it and how do we recognise it when we see it?

For a start, you don’t want too much discovery and creativity in your average heart surgeon or airline pilot.

When you are under the knife, you desperately want the knife you are under to be wielded by a very un-creative, but highly intelligent ex-geek who was paying attention in Biology 101. Not by someone who was at the beach chatting up Shazza Murgatroyd on the day they were dissecting frogs and who is now wanting to play around with your cardiovascular system.

If creative people performed open-heart surgery, rather than follow the anatomy textbook, they might be tempted to connect a man’s left ventricle directly to his penis in order to speed up blood flow.

Similarly, you don’t want to be in a plane flown by a creative airline pilot. Looping the loop just for the hell of it in the middle of meal service would not be appreciated. And you definitely want the building you’re in to have been designed by an engineer who knows more about calculus and physics than couplets and phonemes.

While it is true that all creative people are bright, it is not true that all bright people are creative. There is a body of evidence that suggests beyond a certain point, (like an IQ of 120) higher intelligence has no real bearing on creative powers. In other words, you aren’t creative because you have purple hair and body piercings or are just very clever. Which helps explain why people with IQs of 150 often end up working for those with IQs of 100.

The undoubted intelligence required for surgeons and jet pilots is directed at assimilating and storing information to be recalled sequentially, not in the random manner of your average artist or writer. And that’s the point — some people’s brains are wired differently when it comes to creativity and innovation.

Generally speaking, in Jungian terms, discovery and invention come from intuitives who make up approximately 24% of the general population, whereas order is made from chaos by non-intuitives who make up the vast majority of 76%. The world needs both sorts — in that kind of proportion — in order to function.

Consider the relationship between creativity and intelligence. Many inventors, or innovative scientists like Einstein (an average mathematician by his own admission) and 80% of the members of the Royal Society, were strictly B to B+ students at university. Their success being due to the fact that they had creative rather than linear minds.

How the creative process works no one really knows. But it is mostly about absorbing lots of information and images, then letting them distill in your subconscious mind. Insights seem to pop out as if from nowhere, usually when you are in the shower or on the motorway or eating your sushi. The trick lies in having a pen or a recorder handy.

Creativity is not a process you can learn from a textbook, any more than owning a set of golf clubs makes you Tiger Woods.

But innovation should be the domain of everyone — allowing differing minds to work together in bringing creativity to life. The resulting ideas may be built in concrete, recorded in a guitar riff, printed on paper or projected on a screen..

Collaboration is the key. It comes from creative people with lateral minds working with methodical people with logical minds making something out of nothing.