Getting to the bottom of paper

Getting to the bottom of paper 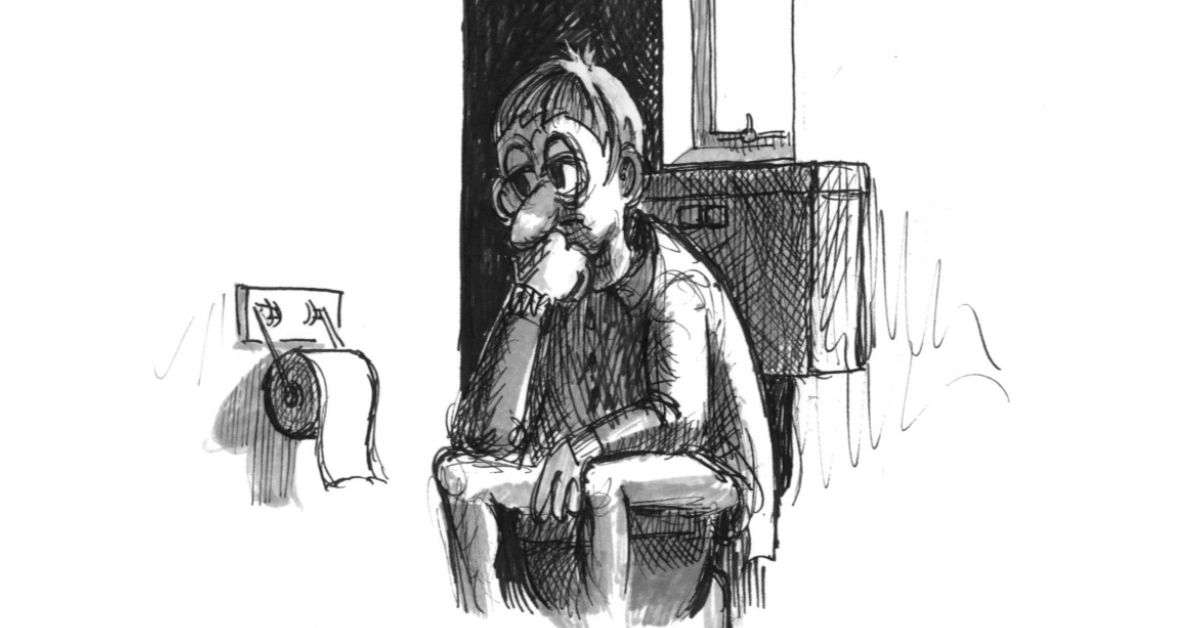 I’m convinced the paperless society is a mirage. It’s on the horizon but not really there.

‘Paperless society’ refers to the notion of electronics taking over from printed paper but there is another dimension to paper usage we tend to forget. That of society’s extravagant use of toilet paper.

I believe there is little danger of the pulp and paper industry collapsing when we realise that on average, per person, toilet paper is consumed at a rate 25 sheets per day, or 35 rolls per year. By applying rudimentary arithmetic, the average nuclear family’s annual usage is equivalent to a roll of perforated two-ply tissue 5.824 kilometres long.

With something like 1.8 million households in New Zealand we can further extrapolate this to mean a paper trail with a length of around 10.4 million kilometres. If such a trail emanates from the sparsely populated bottom right-hand corner of the world, imagine the length of the trails created by hygiene habits in Europe and America.

While a fair chunk of the world’s population doesn’t use toilet paper at all, we still need to get a grip on whether it means the destruction of forests in order to satisfy the seemingly insatiable demand for bumf of those that do.

To a large extent it depends on whether the users are bunchers or folders. This issue has been the subject of a considerable amount of serious research and analysis.

Males tend to fold toilet paper; women it seems, would rather bunch, but it varies from country to country. Americans, being conspicuous consumers of virtually every commodity, are mostly bunchers.

Add to toilet paper the 100 kilograms of printed paper every man, woman and child in the developed world consumes annually, you might think we are headed for a major tree shortage.

Not so, according to a paper I read a few years ago from Manchester University. In a paper entitled ‘The Long-Term Future of Printing Papers — Some Insights From Psychological Research’, Professor Nicholas Wiseman said: ‘Environmentalists have claimed that far less paper must be used in the future, either because we shall run out of the raw materials to make paper, or because we shall be unable to dispose of the waste.

‘These claims disregard the facts. Cellulose, the key ingredient of paper, is plentiful. Photosynthesis makes an estimated 100,000 million tonnes of cellulose every year, using only carbon dioxide, water and sunlight. At present, the paper industry uses less than 200 million tonnes of virgin cellulose every year, i.e. less than 0.2% of the crop. Even if world population were to double and every human being were to consume paper at the rate currently enjoyed in the developed world, the paper industry would still use less than 2% of the world’s cellulose crop.

‘Disposal of waste paper presents no long term problem, because paper is readily recycled and because cellulose stores considerable energy, which can be made available by clean burning.’

We came in on the spectre of an electronic future creating a paperless society and the issue of the computer screen taking over from the printed page.

For years propeller heads have been telling us that electronic means will replace paper in conveying and storing information. Nicholas Negroponte was famously quoted as saying: ‘…we seldom carve words in rock these days…. The art of bookmaking …will probably be as relevant in 2020 as blacksmithing is today’. (I wonder if Mr Negroponte remembers saying that. As a quote it belongs with that of the man in the 1950s who predicted we’d be using nuclear powered vacuum cleaners.)

Again, it ain’t necessarily so, says Professor Wiseman. He makes the point that there are various forms of reading:

“Reading to do” …in which certain facts are sought from a mass of words, a task for which computers are clearly well suited.

“Reading to learn”…which concludes that it is no easier to learn ideas from hypertext than from a book.

In a nutshell; books are friendlier than computers.

He concludes by saying: ‘Printing papers will not be supplanted by computer screens, in the way that candles have been supplanted by electric lights. Rather, printing papers will share with computer screens the business of displaying information, much as ground transport shares [the transport industry] with aircraft, and in concert they will increase the volume of traffic.’

I’m with Professor Wiseman: I’m happy to tap this out on my computer and happily take my Kindle with me on a plane but I’m not going to take it to bed with me to read Sapiens. Because, a) If I fall asleep and drop the Kindle on my face it will hurt, and b) With a book, it’s simply easier to flick back or forward a few pages for context and clarification.

I once threw a computer out of my office window. It had crashed on me for the fourth time in one day. When I rebooted, the document I had lovingly crafted was irretrievably lost. It was late at night, I was tired, so out it went. A laptop isn’t designed to withstand a fall onto a concrete carpark from four floors up.

It was an expensive, but very satisfying, moment. Interestingly, I’ve never been tempted to throw a pad or a pen out the window.