Saved by the pluck of the Irish

Saved by the pluck of the Irish 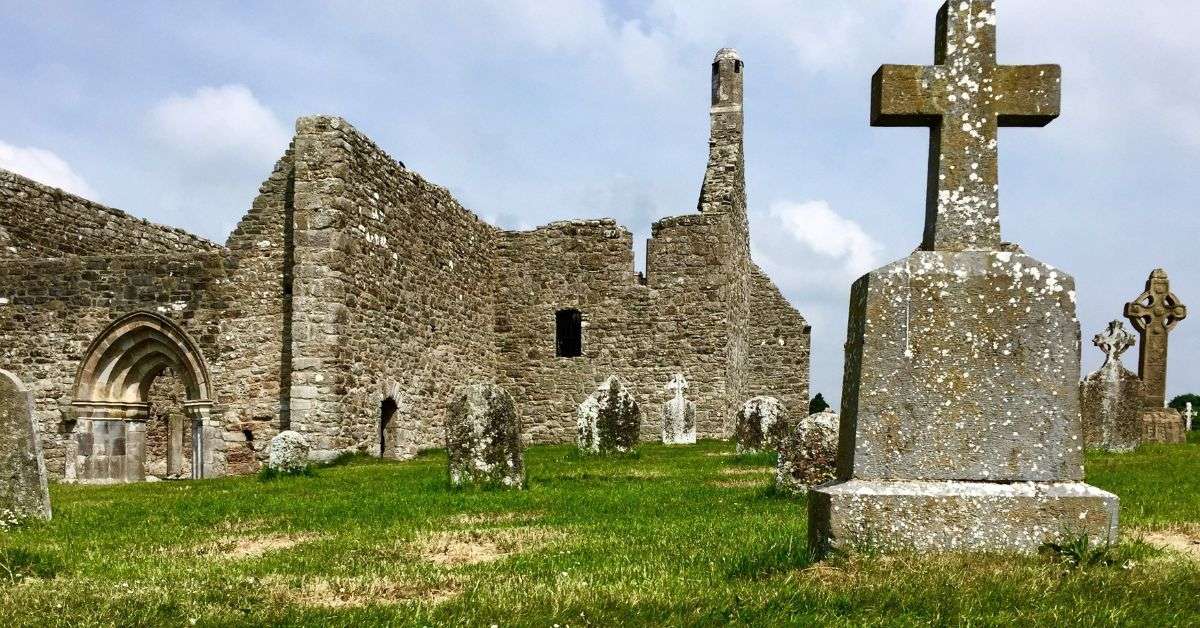 During the Dark Ages, ….. “as the Roman Empire fell, as all through Europe matted, unwashed barbarians descended on the Roman cities, looting artifacts and burning books, the Irish, who were just learning to read and write, took up the great labour of copying all of western literature — everything they could lay their hands on.

I reckon there is a strong argument that the Irish really did save civilization. It has nothing to do with the Emerald Isle being “the land of saints and scholars”, it’s mainly due to my belief that besides being great rugby players, the Irish know Guinness and “the craic” at a good pub are essential ingredients to a happy life. It may also have something to do with the fact that my Granny was born in Tullamore.

I should also confess that this notion of sociological salvation is not a new one on my part, it came from the title of a book, “How the Irish Saved Civilization” by Thomas Cahill. But I’ll come back to that.

I’ve toured through Ireland a couple of times, most recently when my wife and I hired a car and weaved our way up the west-coast through places that, for me, existed only in the music that sang to my soul.

Driving from Cork up to Dublin through Killarney, Tralee, Limerick, Galway, we stopped for a couple of days in Tullamore, where my maternal Granny was born. I was able to piece together a genealogical jigsaw from glimpses of graveyards, churches and half-remembered place names.

But I am digressing.

Of all people in the world apart from, dare I say it, Australians, the Irish are probably the people who are most like us. They are helpful, relaxed, understated, friendly, unpretentious and witty, full of self-deprecating good humour. Where they leave us for dead is in their almost universal ability to string words together.

The softness in the lilt of the language makes it easy to listen to and must give every Irish child an ear for poetry and storytelling. No wonder Ireland has provided the world with such great writers. It makes many other languages sound like a stick being run along a corrugated iron fence.

We couldn’t resist the obligatory kissing of the Blarney Stone.

We found the house where my grandmother was born, the church where she was christened and my great-grandfather’s grave. At the office of the County Offaly Historical Society we were shown a file that had photographs of many family members, including one of my grandmother and her younger sister, a copy of which we had at home. The volunteer who helped us knew of the family, and was able to show us the location of their house from an 1880 ordnance map. That was a story in itself.

Calling into the Historical Society office on a Saturday morning, a tall middle-aged man greeted us in a gentle brogue.

“We’re looking for records of my family — my great grandfather, who died here in 1889 and my great-grandmother and grandmother who left in the 1890’s.”

“I’m sorry, we’re just volunteers, there’s no regular staff who can help you today. You’ll have to come back on Monday.”

I explained that we would be in Dublin and wouldn’t be coming back.

“I’ll get you to fill in a form so we can send you anything we find.” He picked-up a preprinted form from a desk behind him. “What was your great grandfather’s name?”

“Oh! I know about him.” He said. “He was a solicitor — I’m a solicitor myself, so I know about the law in this town — lived in the house that’s now the Post Office in Charleville Square, but they changed the name to O’Connor Square after the revolution.”

From feeling momentarily disappointed, we were suddenly overwhelmed. There was a real sense of grounding in coming to this place.

“You won’t be finding his grave in the town either I’m afraid. He was Church of Ireland and the cemetery is just out of town on the Portalaois Road.”

There was nothing the man didn’t know — about a family that had departed 120 years ago. The knowledge, and sense of history shown by the people we met was extraordinary. It’s ingrained in the culture.

This is where Thomas Cahill’s book comes in. His proposition is this. During the Dark Ages, ….. “as the Roman Empire fell, as all through Europe matted, unwashed barbarians descended on the Roman cities, looting artifacts and burning books, the Irish, who were just learning to read and write, took up the great labour of copying all of western literature — everything they could lay their hands on. These scribes then served as conduits through which the Greco-Roman and Judeo-Christian cultures were transmitted to the tribes of Europe, newly settled amid the rubble and ruined vineyards of the civilization they had overwhelmed…..Without the mission of the Irish Monks, who single-handedly refounded European civilization…….the world that came after them would have been an entirely different one — a world without books. And our own world would never have come to be.”

The tradition lives on. The monk’s towers and monasteries dotted around the landscape are mute testimony to men who laboured for it. The ruins of the monastery at Clonmacnoise or St Kevin’s monastery at Glendalough are redolent of the single minded dedication that holy, sometimes mad, men had in pursuing their ends.

And talking of mad holy men, a piece of graffiti on the back of a toilet door in a Dublin pub, etched by an educated hand with a silver pen, for me exemplified Ireland.

Amid the crudely carved anatomical sketches and naughty four letter words, was this gentle homily; “Having problems in your life? Try talking to God. Prayer works wonders. (Signed) A Priest.”

That’s part of the paradox of the country. A graffiti-writing priest with a gently chiding admonishment. Purity amongst the prurience.

Thomas Cahill made an observation that could equally apply today when he wrote of the labour of the mediaeval monks.

“It’s not that the Irish were uncritical, just that they saw no value in self-imposed censorship. They could have said with Terence, “Homo sum: humani nil a me alienum puto” (“I am a human being, so nothing human is strange to me.”)