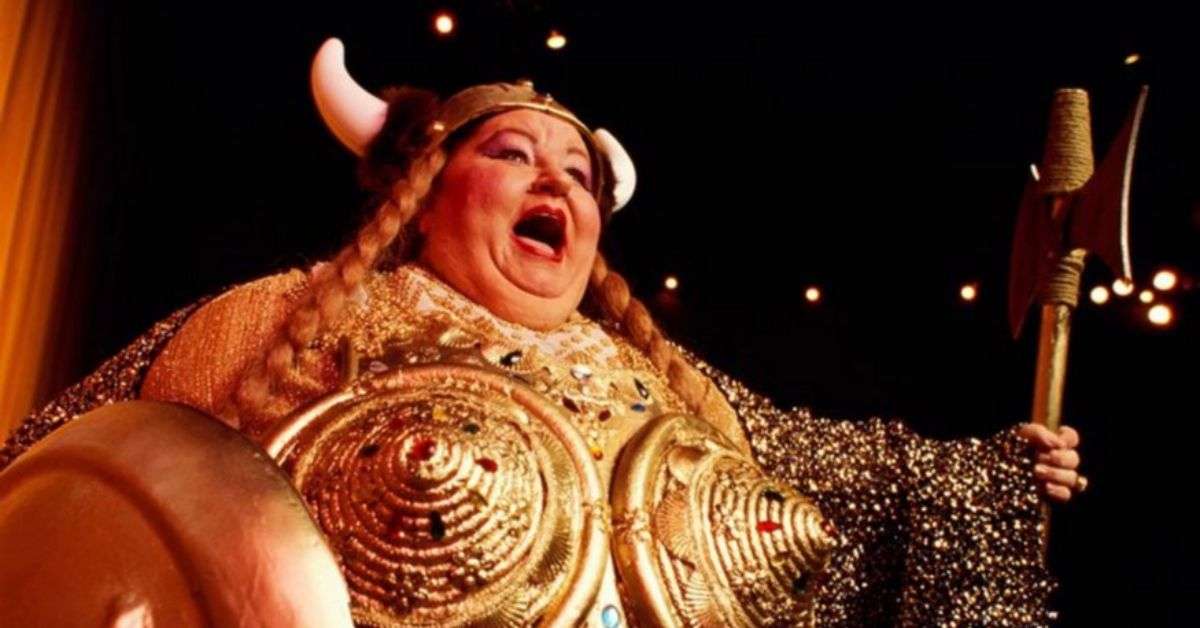 “The truth is that grand opera as we know it may be headed for extinction. There simply isn’t the financial support or cultural interest amongst the younger generation to support the type of productions that reigned supreme two decades ago”.

The time of year I fear most in a social sense is the opera season. I have to admit to my friends and professional colleagues that I can’t stand it and I’m reluctant to take home any invitation I receive in case my wife actually wants to go.

Here is the question which underscores my culturally heretical view.

When was the last time you actually bought an opera ticket? As opposed to attending the opera as a guest of a large, multi-national accounting firm.

I’m not knocking such patronage, because with a bit of syllogistic reasoning we can prove a definite connection between opera and accounting. You will be aware that most opera is sung in Italian and you may also be aware that double entry bookkeeping was invented hundreds of years ago by an Italian monk. Ergo; accountancy and opera go together like, well…like…. umm…

The point I want to make is that opera has been largely supplanted by movies as an entertainment form.

As Caitlin Vincent wrote in “Opera Pulse” a few years ago…

“ And, in this world of texting, tweeting, and Facebook, a three-hour opera with period costumes may seem to have as much relevance to Generations Y and Z as a cell phone without internet access…”

With each visit to the opera, I am reminded why I would rather go to the movies. In movies at least you get good casting. I mean, Mat Damon actually looks as though he could get through a sword fight without cutting himself badly or getting tangled-up in the curtains.

Talking of which, there seems to be just one universal theme in opera, continually recycled in three plot or title variations, all containing the word La.

For those of you who haven’t been recently, I’ll save you some time and tell you what invariably happens.

Firstly, the orchestra plays an overture. Then the curtain goes up and you are supposed to gasp at the spectacular extravagance of the set. This has just arrived in 14 hermetically sealed containers from Unter-Oberammagau, where it was last used by someone with a name sounding like a seafood dish at a Greek restaurant. It cost $3.5 trillion and takes 3 weeks to assemble. You know this because the opera’s publicist has been hard at work for the last 2 weeks, getting pictures of it in the paper.

After the overture the music changes and a fat guy comes on from the left looking for his girlfriend. He sings for a while and then goes away, just as a size 18 Plus lady comes on. They don’t meet even though she must have seen him singing his lungs out about 3 metres away.

She sings for a while too, until another tubby guy comes on. It turns out that the lady is the first fat guy’s girlfriend, despite the fact that they’ve only glimpsed each other in a crowd on approximately two occasions. The second guy is a really bad dude and has designs on the lady, who he thinks is the most beautiful thing he’s ever seen.

Anyway he tells her that the first fat guy has gone to jail/ the pub/ to sea, depending on which opera you are watching — and to forget about him.

He tells her quite a lot of fibs actually and secretly arranges for the first guy to be arrested by the guards/ police/ militia, who are always hanging around quite handily, singing various choruses with the tavern crowd while marching on and off the stage throughout the performance. Then the Size18 lady sings some more but it makes no sense to the first guy because he’s in jail/ a tavern/ far-off Cathay.

Besides she’s singing in Italian, which means that the audience would have no idea what was going on either, if it wasn’t for the clever little auto-cue thingy, which sits above the stage providing the translation in red electronic letters .

Unfortunately, while you are reading about what’s going on by watching the auto-cue, you completely miss out on the action that’s happening on the $3.5 trillion-dollar set.

Eventually the large lady, who isn’t the sharpest knife in the drawer, finds out that the first fat guy is really alive and she goes ballistic at the tubby guy. She seeks a pardon for him from the Duke/ King/ General who is a real bozo. He has been standing around procrastinating in a deep voice for most of the show.

He rumbles through a very tormented, procrastinating sort of duet with the fat lady;

“Alright I will.”- and grants the pardon just to shut her up.

Unfortunately the pardon reaches the jail, or far off Cathay, about 3 and a half seconds too late, just after the fat guy gets shot or decapitated, very heroically refusing a blind fold.

Size18 Plus then comes warbling in as the firing squad is marching off, sees the guy she’s known for all of 10 seconds in her whole life lying dead, and decides that without him, her own life’s not worth living. She then stabs herself, jumps, or gets terminally ill and dies singing loudly.

When she stops, mercifully, it’s all over, as everybody knows.

Now I’m really sure that the accountants would rather take their clients to Terminator 3 or the footy, but usually there is a senior partner’s wife on the Opera Trust Board, and of course they wouldn’t want to look like philistines in the partner’s meeting when the sponsorship proposal is being discussed.

So a bunch of people who wouldn’t know Mozart from Madonna have to squirm uncomfortably in their seats for a few hours, not knowing quite enough to applaud in the right places, because their cultural-cringe conscience hath made cowards of them all.

Nowadays, most opera singers know the difference between taking part in a full opera and just singing the songs. They only sing the big hits — to packed audiences I might add — because they know that all the bad acting between the popular songs takes up time, and the punters have really come to hear them hit the high notes.

The purists will shudder at the thought, but if opera is so wonderful how come the season only lasts for a few weeks? I would respectfully suggest that opera took off because there weren’t any movies between approximately 1786 and 1912

To quote Caitlin Vincent once more…

“The truth is that grand opera as we know it may be headed for extinction. There simply isn’t the financial support or cultural interest amongst the younger generation to support the type of productions that reigned supreme two decades ago”.

Give me the silver screen every time.

I can see it now — “Terminator 3 meets Turandot — The Final Aria.