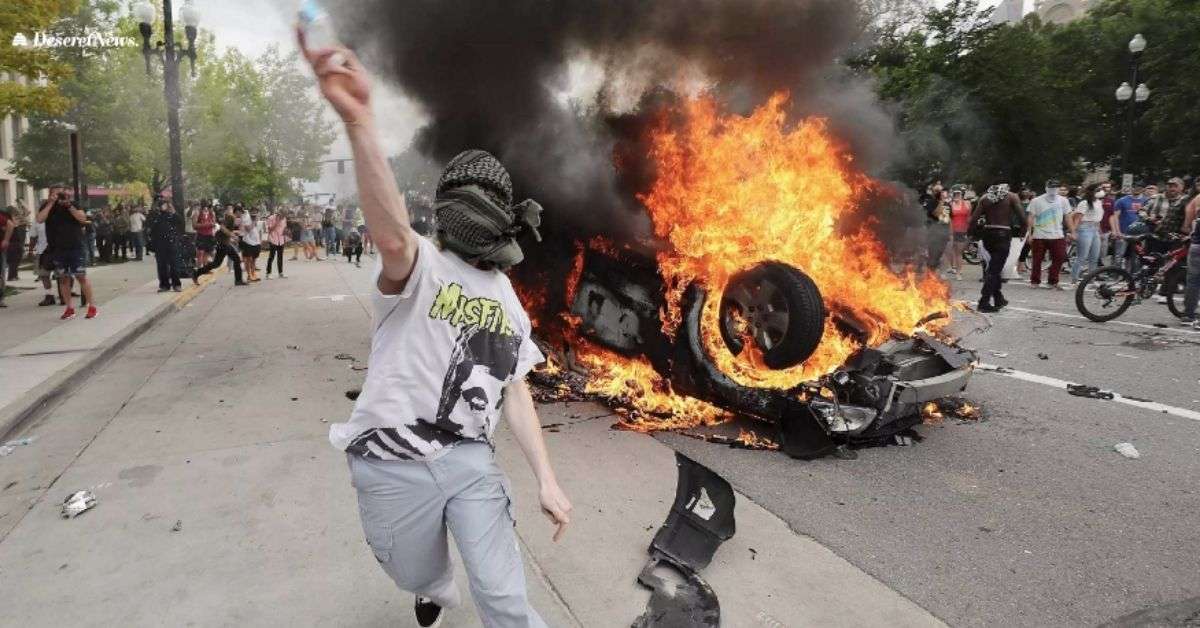 When leadership is misguided, malign or missing, problems arise. Witness the ugly divisions that Trumpism has created, fueled by its visceral appeal to fundamentalist rednecks and protected by the tacit support of selfish capitalists, all hiding behind the façade of freedom.

The behaviour of crowds, be they benign or malign, is a fascinating subject.

Personally, I don’t much like them. To paraphrase Will Rogers: “I never met a man I didn’t like, but never met a crowd I did.” The collective consciousness is hard to control and can easily turn nasty. The rioting and destruction we’re witnessing in the US today is a classic case in point.

Regardless of rights and wrongs, the notion that collective behaviour can quickly turn into mindless mayhem is as old as recorded time. While looting and violence can’t be condoned, a scab has been lifted off America’s superating racial sore.

When leadership is misguided, malign or missing, problems arise. Witness the ugly divisions that Trumpism has created, fueled by its visceral appeal to fundamentalist rednecks and protected by the tacit support of selfish capitalists, all hiding behind the façade of freedom.

There are some books worth reading if you want to know the whys and wherefores of crowd behavior, mass movements, or boom-and-bust investment cycles.

The first book I found to be the most intriguing is Critical Mass — How One Thing Leads to Another, by Philip Ball. The author’s insight is that laws of human behaviour and laws of physics are closely linked. He establishes that under certain conditions, movements of molecular particles and people en masse can be mapped and predicted — even when there is no ‘guiding hand’ or pre-determined collective objective.

Random crowd behaviour, such as traffic snarls or pedestrian movements, have been shown to mirror each other in computer modelling.

This makes suspect the accusations that the US riots are planned and coordinated. Maybe the spontaneous anarchy of collective consciousness is a stronger force than an imaginary army of organized rioters?

Some things are inevitable and predictable; it’s just the way life is.

Whoever said, “What the crowd calls for eventually becomes the law” was pretty close to the mark. Grasping the significance of this is important in understanding how ideas catch on and why movements start.

The second book is Extraordinary Popular Delusions and the Madness of Crowds by Rev Charles Mackay, LLD. Written about 180 years ago it is still as relevant as the day it was published. If you thought investment greed was a new phenomenon, this book will dissuade you.

The preface opens: “The object … in the following pages has been to collect the most remarkable instances of those moral epidemics which have been excited, sometimes by one cause and sometimes by another, and to show how easily the masses have been led astray, and how imitative and gregarious men are, even in their infatuations and crimes.”

The author goes on to discuss and dissect such diverse topics as the South Seas Bubble of the 1720s; medieval witch mania; the folly of the Crusades; The Mississippi Company financial bubble; fallacious prophecies and false prophets; phony fortune tellers and astrologers and the questionable predictions of seers like Nostradamus.

Of special note is Tulipomania in 17th century Holland. The unseemly rush to acquire tulip bulbs 360 years ago has been echoed many times since, with the boom-and-bust cycles of stock markets in more recent times.

Tulipomania became endemic around 1634, when it was deemed bad taste for a gentleman not to have a collection of tulips.

The flowers were imported from Constantinople and at the height of the frenzy for their turban-like appeal, people were known to pay as much as 100,000 florins for forty bulbs. (By comparison, at the time, a sheep was worth ten florins and a silver drinking cup, 60 florins.) At the end of 1636 it was all over. A bulb for which its owner had paid 6,000 florins was now worth less than a tenth of that. Purchasers reneged, debtors defaulted.

The courts were asked to rule on contracts for sale and purchase, but ducked the issue by saying that investment in tulips was a gamble and gambling debts were unenforceable.

The Dutch economy took a long time to recover from the ensuing losses.

The third book is The Tipping Point, by Malcolm Gladwell. It examines why changes in our society can happen so suddenly and unexpectedly. Trends, fads and the popularity of products can spread “… like outbreaks of infectious disease. Just as a single sick person can start an epidemic of the flu, so too can a few fare-beaters and graffiti artists fuel a subway crime wave… These are social epidemics, and the moment when they take off, when they reach their critical mass, is the Tipping Point.”

Gladwell identifies particular personality types: connectors — influential souls who have lots of acquaintances; mavens — who know what’s hot, what’s not and where to go for a deal; and finally, salesmen — who spread the word and are able to convince others to buy into a concept or product.

These are the people who instigate trends and popularise ideas. Understanding who they are and how they sprinkle their pixie dust helps us make sense of the world we live in. Providing, as it does, an insight into who can actually make ideas stick and why.

It seems to me that the malaise of America is an amalgam of all these. It is compounded by a climate of division in a nation whose values have been corrupted by a cynical president. He and his cohorts have preyed on the fears of those who feel the world is slipping away from their cherished beliefs and have rallied behind a venal demagogue in the hope he can preserve their slowly fading vision of El Dorado.