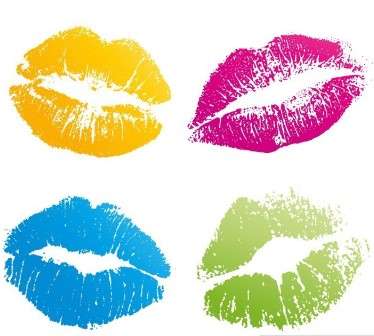 Any intelligent fool can make things bigger, more complex …. it takes a touch of genius – and a lot of courage – to move in the opposite direction.  E.F. Schumacher

Stuck on what are you thinking about?  Try thinking about it differently. What if the opposite were true? Flip the problem, turn it upside down. Reversing everyday assumptions can challenge your thinking and produce a different train of thought. Reversals allow you to think of conventional things in a new way. For instance, in Greenland they use refrigerators to stop food from freezing. The fridge is warmer inside than out.

The marketing penny dropped at Stanley Tools when someone realized the average home handyman is less interested in the drill than the hole! They moved from a product focused mentality to a customer focused strategy. “At Stanley, we don’t sell drills we sell holes.”

Our mission is to spread the gospel of innovation. Creating change through different thinking. It’s about transformity rather than conformity.  It’s about breaking rules rather than following them.

Innovators are often mavericks. They need courage, curiosity, creativity, critical-thinking and communication, but because life’s too complex for them to do everything on their own, they also need to know how to collaborate.

Some innovative traits are genetic, some are learned, but there’s little doubt that nature outweighs nurture when it comes to innovation.

Here are the 6 major traits:

Associating – The ability to connect dots – put otherwise unrelated elements together to create new objects or perspectives. To see what everyone else has seen but think what no one else has thought. That takes creativity.

Questioning – Constant curiosity and questioning of the status quo. The ability to keep asking “Why?” will often lead to new ways of looking at problems. That takes curiosity.

Observing – Innovators don’t just look, they see. They are intense observers, constantly watching the world around them. Shiny new products, services, trends, or technologies are all grist to the innovator’s mill – as they search for insights and new ways of looking for things. That takes critical thinking.

Networking – This isn’t just socialisation to innovators – they are curious souls, energetically testing their ideas by talking to a wide range of people who may have radically differing views. They never know when serendipity might help them stumble on a new idea or connection. It takes collaboration.

Experimenting – Piloting new ideas and experiences is all part of innovation. Visiting new places, trying new things and experiences – it could be anything from scuba diving, learning yoga or taking up water-colour painting that broadens the innovators mind. Innovators never arrive. To them, the journey is as important as the destination. That takes courage.

In his book, ‘One + One = Three’, Dave Trott tells the tale of a high school head-teacher who had to find a way of curing young schoolgirls from participating in a rather curious fad.

Having recently discovered a new, multi-coloured range of lipsticks, the girls would kiss the bathroom mirrors leaving their sticky lip-signatures as a mess for the cleaner. It went on week after week and no amount of cajoling or pleading would alter the girl’s behaviour.

The exasperated janitor enlisted the help of the head-teacher, who corralled the ring-leaders into the bathroom to witness the daily difficulty the cleaner faced in removing the mess.

She said to the janitor; “Please show the girls how much work it takes.”

The janitor put a mop into a toilet bowl then wiped the mirror with the wet mop.

There were no more lipstick kisses after that.

She had solved the problem by thinking differently.

So if you’re stuck on what are your business idea or career direction try thinking about it differently. What if the opposite were true?